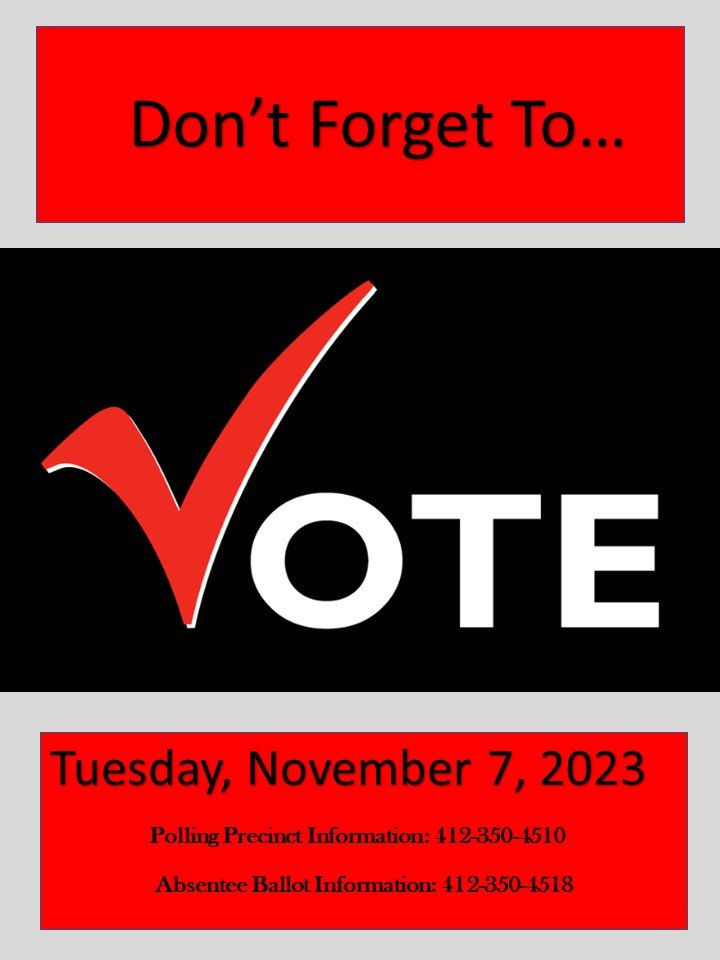 Within this context we shared several items:  One thing that concerns us (as Commissioners) is the burden of residents on fixed incomes.  We also briefly looked at options in forms of government, the impact these had on taxation caps (who bears the burden of taxation), what the options and procedures would be and when we must finish our examination of these.  We agreed to assemble a list of questions to send to Bethany.

The Wilkinsburg Government Study Commission will hold its regular meetings, starting at 5:30 pm, on the 2nd and 4th Wednesdays of each month at Hosanna House, 807 Wallace Avenue, Wilkinsburg, PA 15221.  Meetings will also be accessible via Zoom. 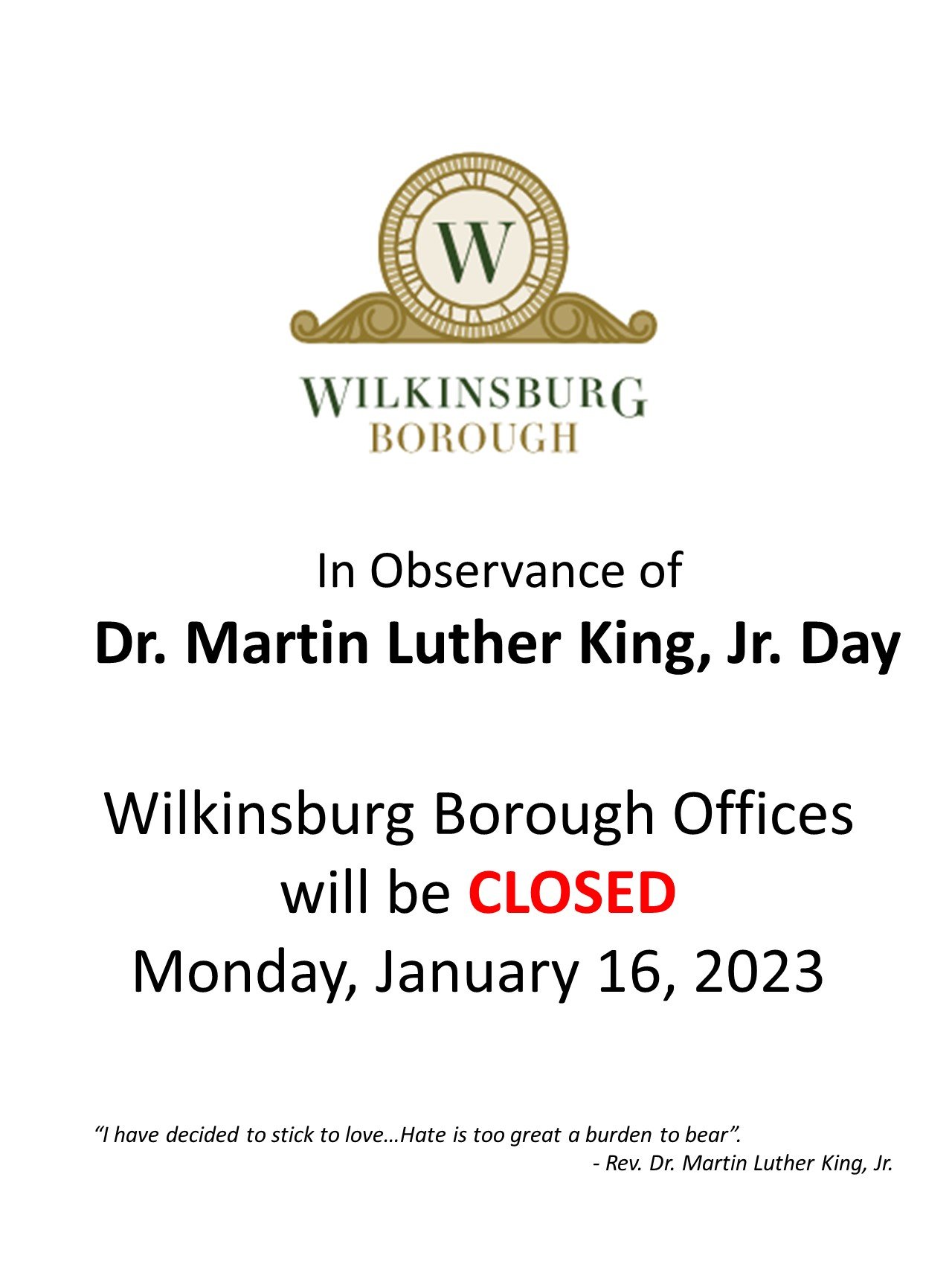 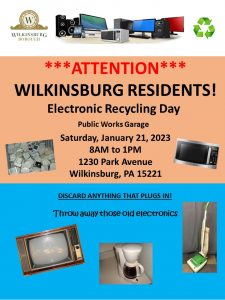 On December 26th there will be NO REFUSE or RECYCLE pick-up.
December 27-31st, REFUSE pick-up will be one day behind regularly scheduled day and RECYCLE will be the regular Tuesday – Friday schedule. 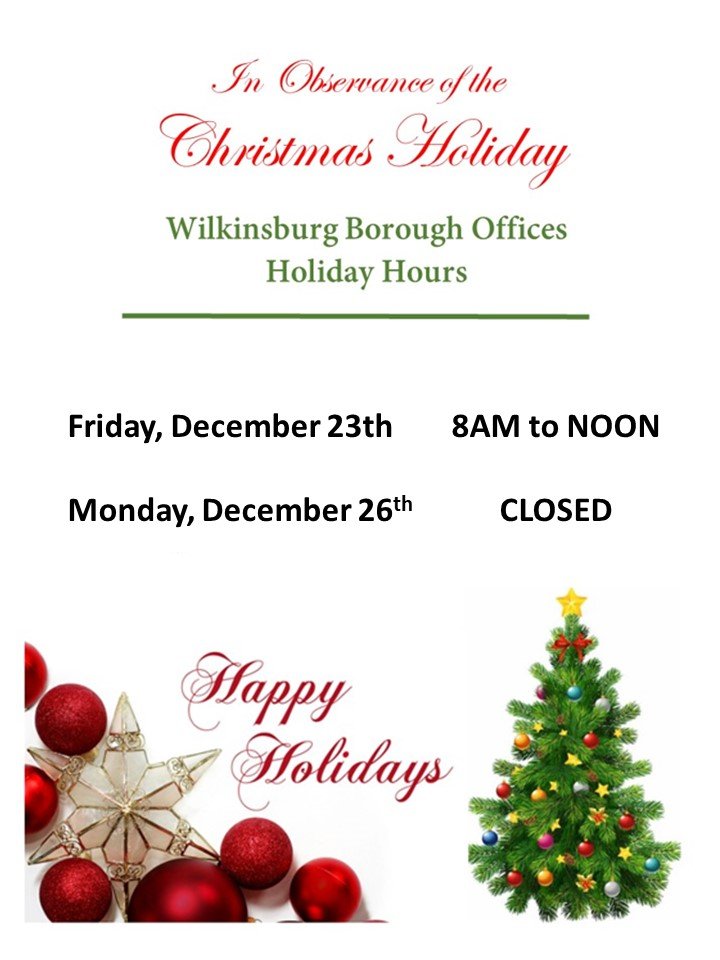 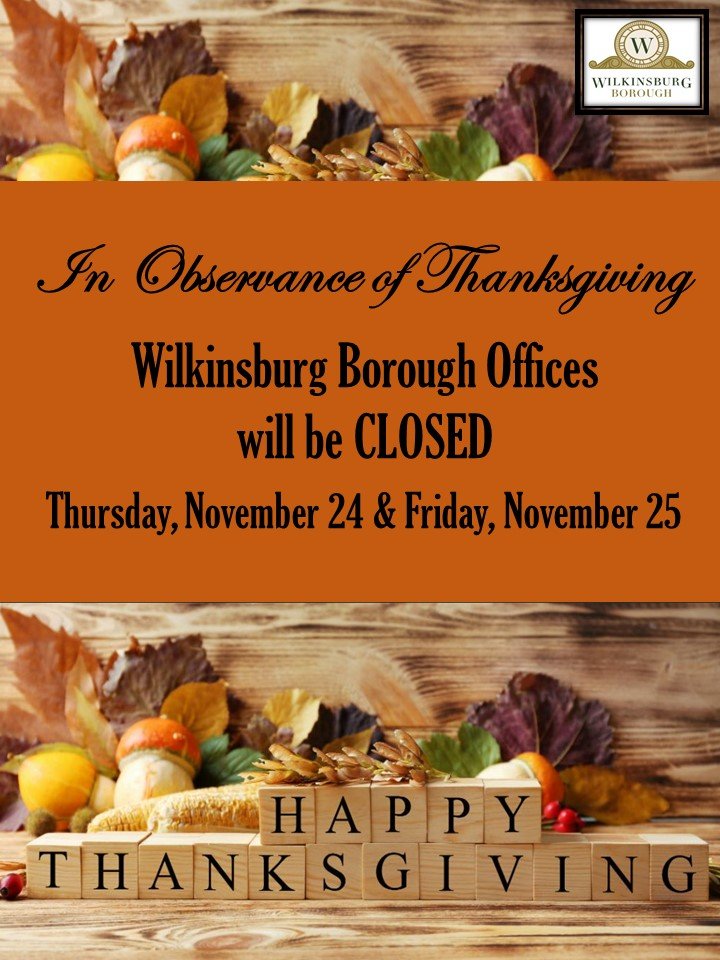